Potrero Elementary School is a complete public elementary school and is one of the five (5) schools in the District of Malabon IV, Division of Malabon City. It is strategically located along McArthur Highway corner Pinagtipunan Circle, Potrero, Malabon City. Situated on a 4,401 sq.m. lot. It houses five (5) academic building structures, an open space for pupils’ assembly, ample number of trees and some spaces for gardening.

The instructional and supervisory services are rendered by seventy-four (74) classroom teachers, a principal III and five (5) non-teaching personnel.

The school started as primary school in the 50’s in three venues at POACO Annex, Chico Annex and at Araneta Whitehouse Annex. Each annex then was supervised by a teacher-in-charge as a primary school with Mrs. Victoria Rivera as the recognized school head.  It was in 1964, during the time of Mr. Benito Mendoza that a complete elementary school was established in its present cite phasing-out the three annexes.

The wooden elevated building was replaced by a 2-storey, 18 room building known as the Rodriguez Building in 1964. Vicencio Building was constructed then in 1997. A new Kinder Building was built in the early year of   2012 followed by the DepEd Building in October.

The complete line-up of principals assigned to Potrero Elementary School is as follows: 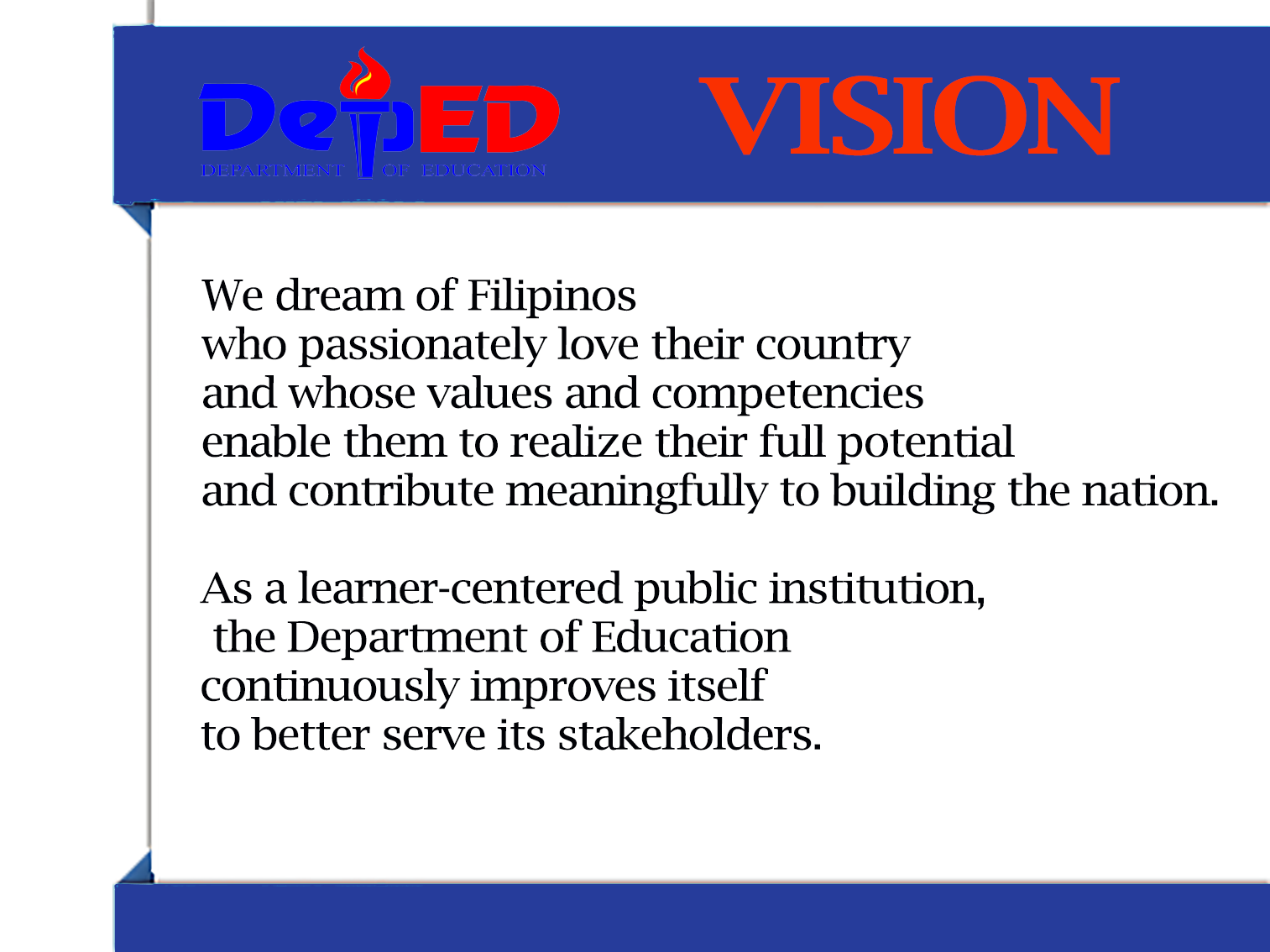 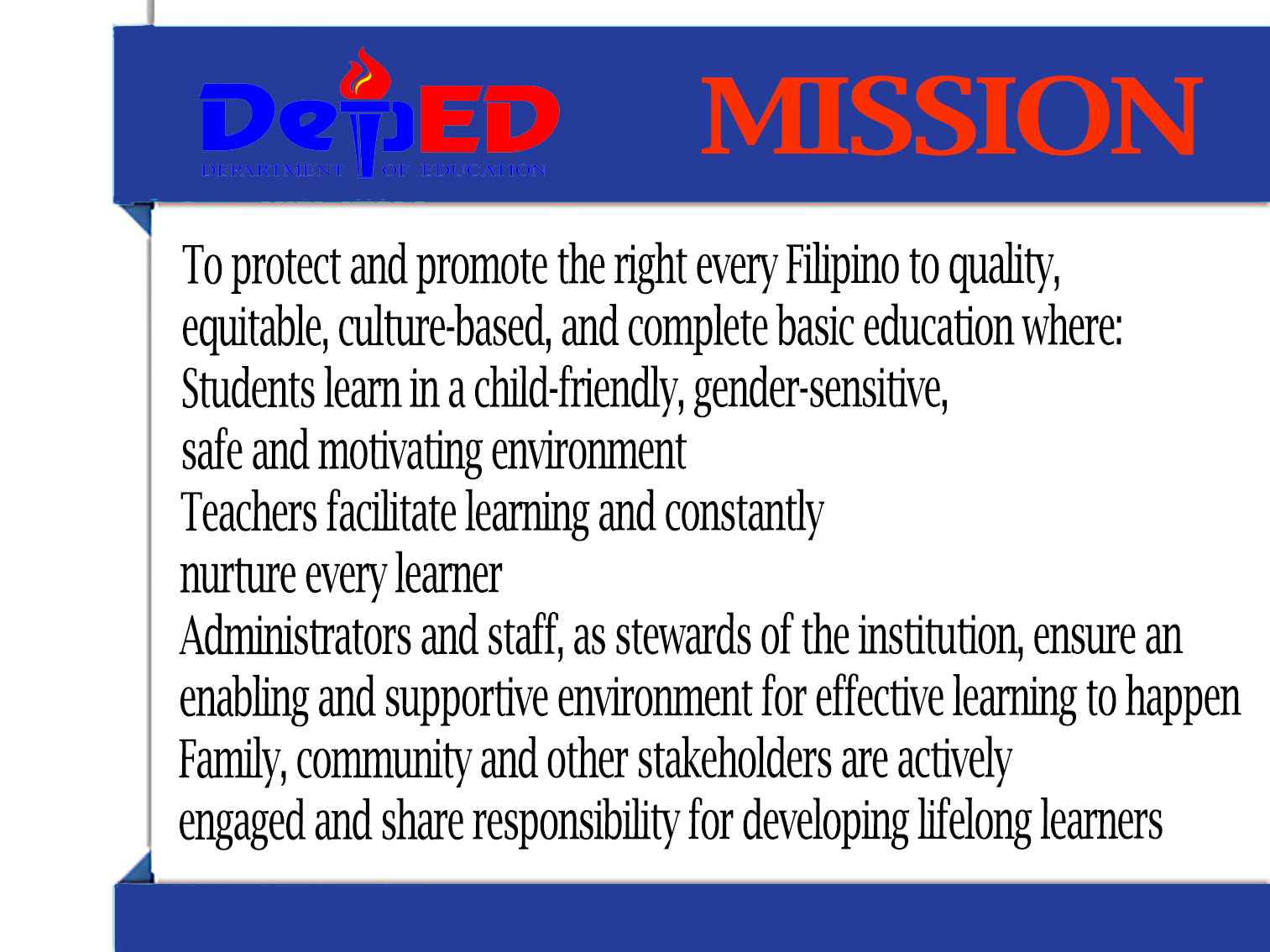 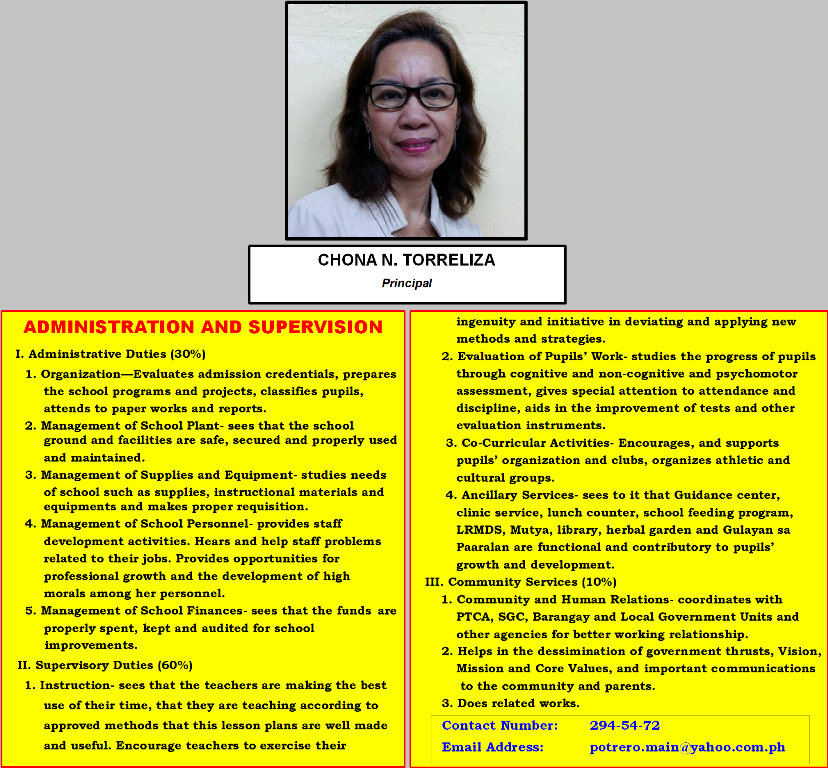